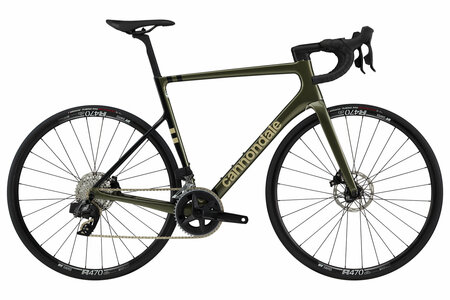 Mantis
Not sure which to choose? What's my size?

30 watts. That's how much power the drag-reducing tube shapes and integrated design of the new SuperSix EVO saves over the prior version at 30 mph (48.3 km/h).

The lightest disc brake road frameset we've ever made. The new SuperSix EVO is ready to throw down when the grade goes up.

Racy geometry and stiffness for explosive speed. Better micro-suspension and big tire clearance for surprising smoothness. It all adds up to precise handling and a ride-feel that's out of sight.

The frame features highly truncated airfoil tube shapes that offer the same weight, and equal or better stiffness than round tubes, but reduce drag by up to 30%.

SuperSix EVO has always been known for its elegantly smooth ride quality, and the new one is even smoother. The new SAVE rear stays, integrated binder and 27 SL KNØT seat post increase compliance by 18%.

The new frame design has clearance for some seriously big rubber. 30mm wide tyres fit with ease, for new levels of comfort and capability on any kind of road.

...the new SuperSix Evo felt just like an old friend, only quicker. There was an unmistakable familiarity about the way it rode, which immediately put me at ease.

The quick and assured handling was still there, as was the resolute frame stiffness that responded to my hardest efforts with the same likeable, punchy and taut feel I had been used to previously. In fact, in terms of the latter it was maybe even superior to its predecessor.

All the while I was absolutely aware that this bike was substantially faster.

A bike that handles and rides this well is a rare thing... Sublime handling, great wheels, superb comfort.

Against stiff competition from a variety of race, aero, endurance and gravel bikes, this is the bike that stood out above all others at the end of our six month Bike of the Year test, impressing through the winter on our home roads and on the mountains of Gran Canaria.

Cannondale were, and still are, masters at extracting the ultimate performance and lightness from aluminium frames. They've now translated that materials expertise into carbon fibre, with great success. Few other brands combine light weight and comfort so well. Whether on or off road they provide superlative ride quality without compromising on performance, as their race pedigree clearly shows. 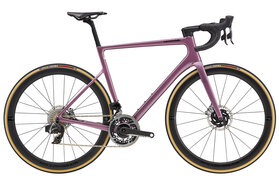 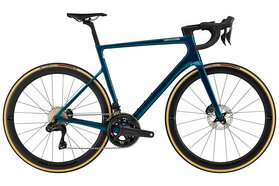 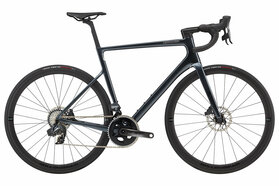 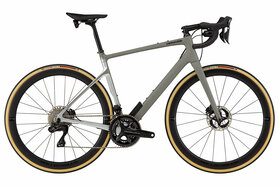