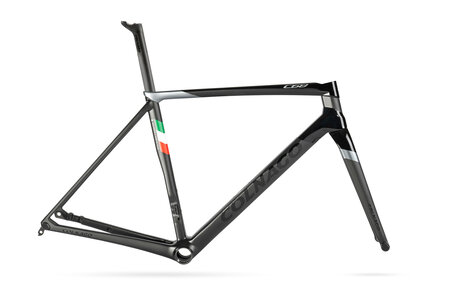 Colnago introduce their new top of the range road frameset, the eagerly-awaited C68.

The C68 is made using a modular structure which is at the heart of the project and provides its excellence. Bonding the various parts of the frame, instead of assembling them inside a mould as happens with monocoque frames, still represents a uniqueness that allows for the creation of more sizes as necessary and, if desired, even a "made to measure" frame thanks to the titanium lugs.

The number of parts that constitute the frame is the same as with the previous C series even though, from an aesthetic point of view, its line may be more similar to that of a frame manufactured in one piece. The choice was dictated by the search for a modern look, but always remaining desirable to the traditional Colnago customer, thus widening the range of purchasing possibilities.

From a structural point of view there are some noteworthy differences compared to the predecessor, C64: the bottom bracket, now with the standard T47, has merged with the seat tube while the "top tube" is characterized by the presence of two lugs: one connected with the seat tube, the other with the steering tube. These lugs are integral with each other in the full carbon frame version, but there is the possibility of having these two lugs in titanium alloy.

In addition to being lighter than the C64 in similar sizes, the frame is more rigid, especially in the steering area, giving better precision while riding. The shape refinement process has also made it possible to optimize some parts of the frame including the fork, now more rigid and lighter than the previous one, with an innovative internal cable routing and which, thanks to the shape of the new head tube, can be built without the current and more complex "D" shape.

Remaining in the front section of the frame, note the integration of a ten-function multitool placed directly inside the steering cap (four-function multitool for the two smaller frame sizes). To maintain continuity in terms of spare parts and ease of production, the shape of the seat post is identical to that of the C64 and V3Rs.

Finally, a new option allows for the removal of the front derailleur support for mounting groups with a single-chainring crankset.

CyclingTips have a typically in-depth and balanced review over on their site.

Classic Italian heritage and race-winning pedigree, Colnago are one of the most respected names in the Pro peloton. Founded in 1952 by Ernesto Colnago, and still helmed by him to this day.

Every bike in their range benefits from Colnago's very special recipe for handling and ride quality - it's a fabled balance between surefooted stability and pinpoint precision. 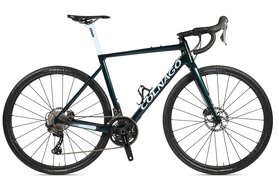 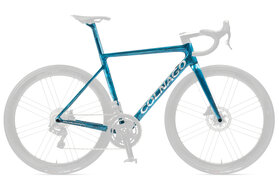 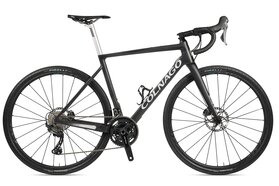 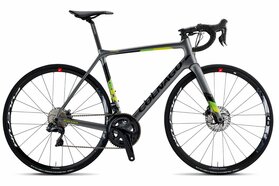